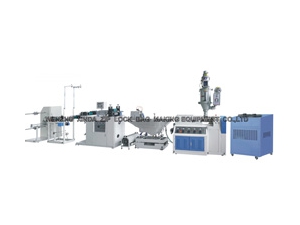 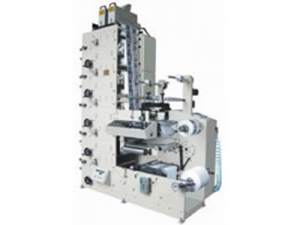 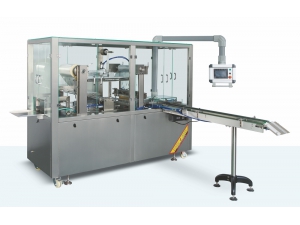 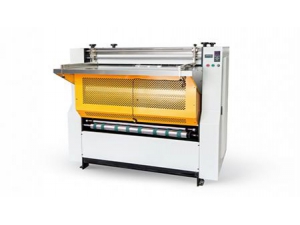 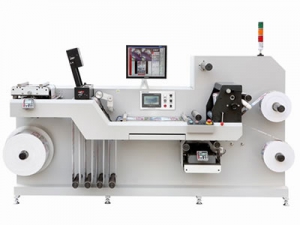 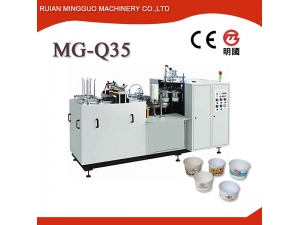 Since our beginning in 1983, we have made great efforts to meet our customers' demands, with the goal of providing the highest quality, most competitively priced products and the best service. Now, Jianda Machinery Company is an international enterprise, serving plastic-processing machinery markets ranging from home to Europe to North America, and more.

Jianda Machinery Company is devoted to continuing our expansion into new markets. Here we manufacture Extrusion Lamination Machine, PE-Air-Bubble-Film Machines, Stretch Film Making Machine etc. The air-bubble-film-making machine we developed ranks with the best, like-products that exist globally, and it has been named a National Key New Product.

1985
We were a rural and small town enterprise in 1985, contracted some government infrastructure projects, but already had large-scale workshops and company.
1987
We transformed from a rural and small town enterprise into a private enterprise in 1987, and began to step into the production of plastic machinery. Our first equipment was a plastic granulator.
1989
We began to produce wire drawing machine and was renamed Ruian Longshan Plastic Equipment Manufactory in 1989.
1992
We moved to the new factory covered an area of 1300 square meters, construction area of about 1500 square meters in 1992 and was formally renamed Ruian Jianda Machinery Factory. We began to produce lamination machine and plastic sheet extruder in the same year.
1993
We began to produce paper cup machine in 1993.
1995
We began to produce polyethylene air bubble film machine in 1995.
1996
The sales volume and production of the lamination machine increased steadily and became our major products in 1996. In the same year, we began to try to develop the equipment for aluminum-plastic compound pipe. How to solve the problem of adhesion between plastics and aluminum was a common technical problem in the same industry at that time. The equipment we developed eventually can produce as many as five layers of aluminum plastic compound pipe.
1997
The market demand for bubble film machine grew gradually in 1997. Our business began to flourish and we produced compound bubble film machine according to demand, which was upgraded from the original two-layer bubble film to five-layer bubble film and was of excellent shock-proof performance.
1998
We tried to export for the first time through a foreign trade corporation and sold a paper cup machine in 1998.
2001
We moved for the second time in 2001 and it covered an area of 4000 square meters. Our production doubled accordingly.
2002
Our compound bubble film machine passed CE certificate in 2002 and other equipment passed CE certificate successively. We took part in Canton Fair in the same year and began to participate in it since then.
2004
We moved for the third time due to demolition of old factory buildings in 2004. It covered an area of 6000 square meters and the production continued to rise with the market demand, the sales volume of bubble film machine was particularly outstanding.
2006
We successfully developed EPE foaming machine and stretch film machine in 2006 and the sales volume was stable. We purchased the land of 15000 square metres and began to build new factory in the same year. We entered a period of rapid development since then.
2007
We obtained the import and export right in 2007 and participated in the first German K Show, which is the top exhibition in the plastic machinery industry. Our air bubble film machine, plastic sheet extruder, plastic cup making machine were sold all over the world continuously since then.
2008
Our products were sold to more than 50 countries of the six continents of the world in 2008. We relocated to a new factory already built and formally renamed it Zhejiang Jianda Machinery Co., Ltd. in the same year, which was the relocation for the fourth time.
2009
We maintained high speed development trend and set up branch company in Shaoxing Zhejiang, Shaoxing Bozhou Machinery Co., Ltd. specialized in the research and development of the major product lamination machine with the attract investment by the government of Shaoxing in 2009. We began to participate in the Chinaplas exhibition since then.
2010
We designed high speed model of stretch film machine in 2010, with the actual production speed reached 150m/min.
2012
The construction of branch company Shaoxing Bozhou Machinery was completed in 2012 and lamination machine project was formally put into production. The branch company had more than 200 employees.
2013
We began to improve the production management system, implemented ERP, CRM, OA system comprehensively, achieved paperless management and realized online inquiries for customers within 24 hours.
2014
We designed high speed type of stretch film machine in 2014 with the actual production speed reached 250m/min.
2015
Actual production line speed of air bubble film machine changed from 15m/min to 25m/min in 2015(this speed is our standard type speed in 2018)
2017
The actual production line speed of the air bubble film machine made a breakthrough again in 2017 and reached 45m/min. The market laying of lamination machine was completed in the same year and we upgraded the machine according to customer feedback. We updated more than ten times according to customer experience within one year, including single-die head double-sided film technology, which could ensure absolute uniform film thickness on both sides of the product. We introduced high speed lamination machine and realized double-side lamination with actual production line speed of more than 250m/min.
2018.3
We developed an economical and applicable lamination machine according to feedback of customers in India exhibition in order to meet the demand of the masses and avoid waste of investment. This type of machine was successfully put into the market in June 2018.
2018.7
We developed and produced PLA, TPU and other biodegradable materials experimental application models, and successfully made products in response to the international market demand for environmental protection in July 2018.
Website
Contact Us
Inquiry